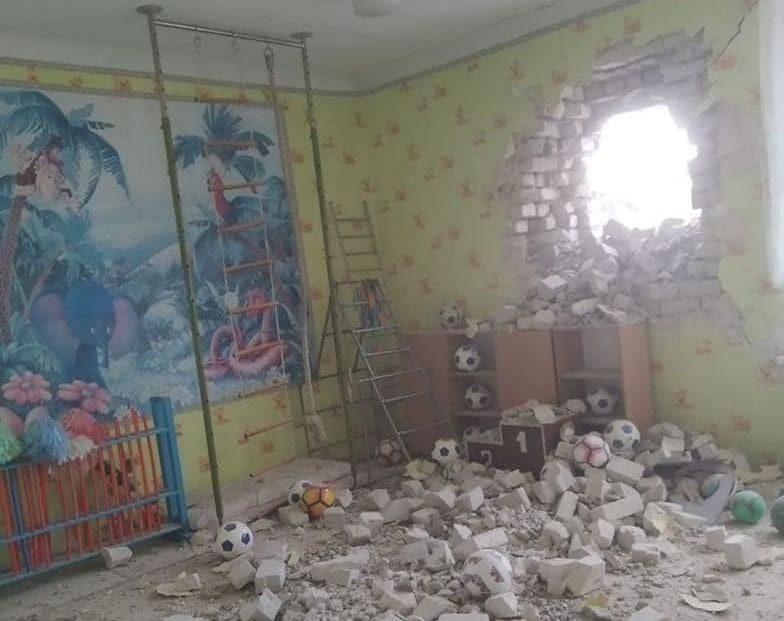 According to the Ministry of Education and Science of Ukraine, there are 14 873 schools in Ukraine with 4,2 million children and 441 thousand teachers (https://mon.gov.ua/ua/tag/zagalna-serednya-osvita). On February 25, the next day after Russia attacked Ukraine, the Ministry recommended that all educational institutions in the country, including schools and universities, go on a two-week vacation, leaving children without access to education (https://portal.lviv.ua/news/2022/02/25/v-ukraini-pryzupyniaiut-navchannia).

Instead, schools have become centers for collecting humanitarian aid and volunteering to help the Ukrainian army and territorial defense and shelters for refugees. The Ministry has launched a flash mob “Educators help”, intended to mobilize the schools’ staff to help the Ukrainian Armed Forces and civilians .(https://osvita.ua/news/85871/).

So far, the resumption of the education is a private enterprise. The NGO “Smart Education” organizes online-meetings for children of different ages on Zoom. (https://osvita.ua/school/85865/).

The UN Child Rights Committee said in its statement, issued on 4 March 2022, that “children in Ukraine are currently subject to extreme suffering and trauma. They are being killed and injured. They are separated from their families. Homes are being destroyed. Their education is interrupted. There are reports of schools, orphanages and hospitals being attacked. Their daily lives and routines have been utterly shattered. As a consequence of the military attack on Ukraine, children are exposed to extreme violence and experience unbearable levels of fear and anxiety.” http://www.ohchr.org/en/NewsEvents/Pages/DisplayNews.aspx?NewsID=28204&LangID=E. According to the Office of the High Commissioner for Human Rights, between 4am on 24 February and midnight on 3 March, the deaths of at least 19 (28?) children and injuries of 31 (62?) children were recorded.

Attacks against schools and hospitals are classified by the United Nations as one of the six grave violations committed against children. According to the UN, at least six educational facilities have faced shelling in recent days. Two teachers were killed last Friday when a missile struck a school in Gorlovka in eastern Ukraine http://reliefweb.int/report/ukraine/ukraine-attacks-schools-endangering-children-s-lives-and-futures.

On 4 March, 2022, a school in Zhytomyr, northern Ukraine, was hit by a Russian missile, receiving a significant damage. At least three schools in Ukraine’s second-largest city, Kharkiv, were hit by Russian military strikes on Tuesday, March 1 (https://edition.cnn.com/europe/live-news/ukraine-russia-putin-news03-04-22/h_719d5252705c8e378e4ff3bfa74b72a5).

There are approximately 15 000 kindergartens of all forms of ownership in Ukraine, designed for 1 125 000 children. According to the recommendations of the Ministry of Education and Science of Ukraine, due to the introduction of martial law, preschool education institutions have suspended the educational process (https://portal.lviv.ua/news/2022/02/27/cherez-vijnu-shkoly-lvova-pishly-na-kanikuly-asadochky-zakryly).

The Russian army indiscriminately shell kindergartens in Ukraine. On the morning of 25 February, its 220mm Uragan rocket dropped widely-banned cluster munitions on the Sonechko (Happy Sun) nursery, orphanage and kindergarten in the town of Okhtyrka in Sumy Oblast where civilians took shelter, killing 5 people, including a child, and wounding another child. The strike may constitute a war crime https://www.amnesty.org.uk/press-releases/ukraine-cluster-munitions-kill-child-and-two-other-civilians-taking-shelter

A week before the start of a large-scale invasion into Ukraine, on February 17, the Russian-backed separatist shelled a kindergarten in Stanytsya-Luganska, Lugansk Oblast (https://www.bbc.com/ukrainian/news60412876).

50 thoughts on “Schools and kindergartens in Ukraine affected by war”

Virtual meeting for Coordinators of Catholic Education in Anglophone Africa

The Secretary General of the OIEC paid a visit of solidarity and prayer to Lviv in Ukraine. In that occasion he visited the Catholic schools

Virtual meeting for Coordinators of Catholic Education in Anglophone Africa

On Thursday ,17 March 2022 at 10.00 am (East African Time) is taking place a virtual meeting for Coordinators of Catholic Education in Anglophone Africa, 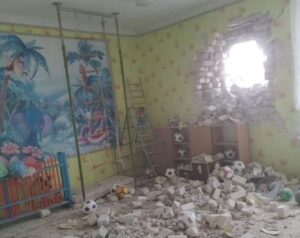 According to the Ministry of Education and Science of Ukraine, there are 14 873 schools in Ukraine with 4,2 million children and 441 thousand teachers