OIEC is an international Catholic organization with the following aims:

To participate in the Church’s mission to promote a worldwide Catholic-inspired educational project.

To promote research on the specific contribution of Catholic school to the field of education and on the school’s adaptation to the needs, realities and aspirations of the environment in which it is integrated.

To promote the creation, alongside schools and educational institutions, of "Educational Communities" in which all partners work together responsibly, for educational and cultural progress, as well as on developing the evangelical spirit, by bringing special attention to the deprived and welcoming, with respect to conscience, all those who put their trust in this school.

To create and develop links of mutual assistance and active, responsible solidarity amongst members.

To serve as a network of exchange amongst members for their own information and that of educators, by means of developing communication.

To collaborate with the bodies of the universal Church, with the Episcopal conferences and other international Catholic education organizations.

To ensure the representation of Catholic Education in international bodies, particularly those concerned with education.

To defend and promote the active exercise of freedom of education in accordance with distributive justice, and to foster relations of mutual recognition and association between Catholic education and the countries in which it exists. 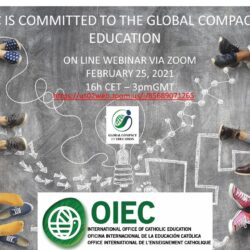 On February 25, 2021, at 4 p.m. (Rome time), during a webinar OIEC will express its commitment to the Global Compact on Education. Following that, each OIEC member is invited to do so as well. Subsequently, a registration of the webinar will be submitted to Pope Francis. To participate in the event please use the[…] 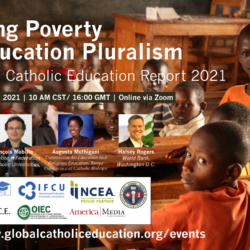 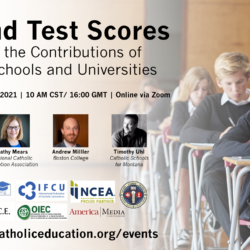 G.R.A.C.E. WEBINAR “Beyond Test Scores: Measuring the Contributions of Catholic Schools and Universities”

On January 19, 2021, the webinar “Beyond Test Scores : Measuring the Contributions of Catholic Schools and Universities” will take place on zoom. For participation please subscribe at the website:  https://www.globalcatholiceducation.org/events

Following the terrible explosion of August 4, 2020 in Beirut, which ended up destroying a country already ravaged by a terrible economic and political crisis, OIEC decided to organize a webinar with a fundraising campaign on September 21, 2020 to support its member in Lebanon, the General Secretariat of Catholic Schools.  Among OIEC members was[…]

The OIEC is working with The Magazine, a publisher in Spain, on a project called Planet OIEC. Planet OIEC is a digital online resource platform for English language teachers and their students at a very low cost. Planet OIEC should allow the creation of bonds of fraternity between the students of Catholic schools in all[…] 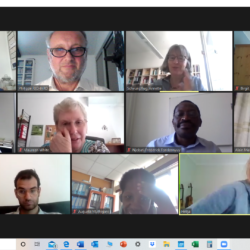 The OIEC and the GPEN (Global Pedagogical Network – https://www.gpenreformation.net/) have set up a think tank in which Catholics and Protestants discuss common issues regarding schools and Christian education. This think tank has met three times already. It has the intention to publish a common text which allows Catholic schools and Protestant schools to work[…] 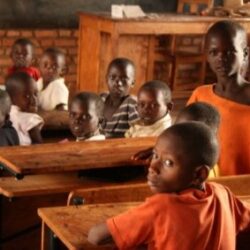 OIEC is currently working on the Global Report on Catholic Education 2021 (GRCE), which is expected to be released in the coming months. In this regard, OIEC members have been asked to reply to a fast survey concerning COVID 19. The assembled information will help also to contribute in the best possible way to debates[…] 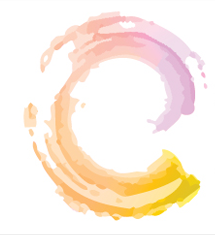 The OIEC has received a very important form of recognition, due to its acceptance as the fourth member of the GRACE network: Global Researchers Advancing Catholic Education https://researchonline.nd.edu.au/grace/ GRACE is an international research-based partnership between the Mary Immaculate College in Ireland, the Boston College in the United States, the University of Notre Dame in Australia[…]

There are no upcoming events at this time.