Following the terrible explosion of August 4, 2020 in Beirut, which ended up destroying a country already ravaged by a terrible economic and political crisis, OIEC decided to organize a webinar with a fundraising campaign on September 21, 2020 to support its member in Lebanon, the General Secretariat of Catholic Schools.  Among OIEC members was[…] 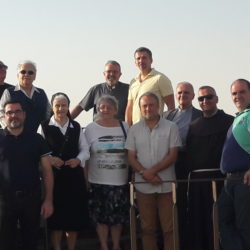 As every year, the OIEC region MENA held its annual general meeting. This year, the meeting took place from 8 to 13 October in Amman, Jordan, at the Sisters of the Rosary. All the countries in the region were represented, including Djibouti and Turkey, who joined the MENA in 2017. Each country was able, through[…] 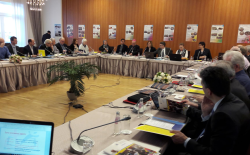 From March 24th to 26th, the CEEC brought together it s General Assembly in Tirana, Albania. It was an opportunity for the National Commission for Catholic Education in Albania (Komisioni Kombetar i Edukimit Katolik Shqiptar, KKEKSH) to fully integrate in the activities of the CEEC and to manifest its existence as a national organisation for[…] A delegation of the OIEC, including composed of the vice-president of the OIEC (Mgr Antonios Kalta), the Secretary General of the OIEC (Philippe Richard), of the Regional Secretary MENA, (Father Boutros azar), and of the National Secretaries of Morocco (Father Marc Boucrot), Tunisia (Father Jawad Alamat) was received on 19 October 2016 at the headquarters[…]